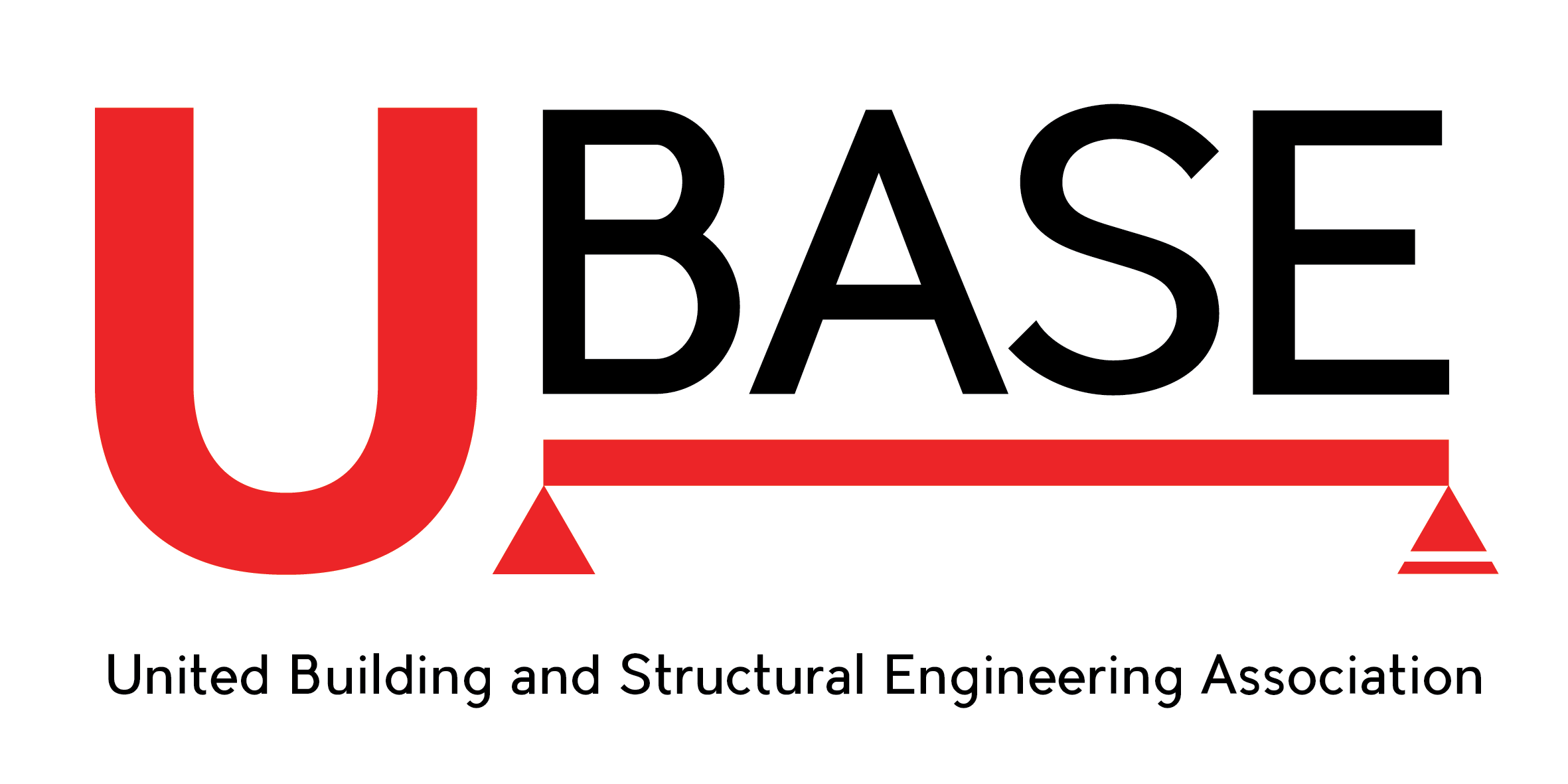 U-BASE Association is the one and only master study association for Building and Structural Engineering students. However, before the academic year of 2015-2016, there were three different study associations. For Building Engineering students there was the U-dispuut, which focused mainly on the Utility sector. For Structural Engineering students there was the Betondispuut (Concrete) and the CST-dispuut (Composite, Steel and Timber). As you can imagine, this was quite confusing for students. Regular overlap between activities occurred, as similar excursions, lunch lectures and study tours were organized. Also for sponsors it was hard to decide which association to support as the building and structural engineering sectors are very closely related to each other. Also for professors one association is more clear. Therefore, it was a logical step to merge those three associations to one big and overall association.

The first board of U-BASE (board 1) published a article on the (at the time) new U-BASE website. They shared their vision and explained why U-BASE is a good name for the new association:

"Change is an inevitable part of life. One must evolve in order to adapt to the rapidly developing world. Likewise, in order to sustain its existence and ensure gradual growth, our organization must continually introduce adjustments in all its spheres. Without the constant need of our alumni to progress and push its boundaries, U-dispuut would not be the same as it is today. Surely, not in such a good state and not being the only existing student association for Building and Structural engineering students.

U-dispuut, founded more than 28 years ago, was originally devoted to Building engineering students, however, over the years, our scope has broadened and Structural students became an inherent part of our community. Sadly, this aspect has never been properly reflected in either our objectives or our domain. Bearing aforementioned in mind and the fact that other “disputen”, although very strong a while ago, no longer exist, an idea occurred in our minds. The idea to create a student association that will represent our entire section; with which every Building and Structural engineering student could truly identify himself and which would not limit interaction with not “utility-related” companies.

From the very beginning, we were aware that it would be a fairly demanding task. However; what is more important, we considered and we still do, that it would eventually lead to common good. Theodore Roosevelt once said “Nothing in life worth having is easy”. With that thought deeply inscribed in our minds, we spent countless hours analyzing various options and evaluating possible scenarios. Finally, we reached a conclusion that a new name, incorporating not only all our tracks but also our international students, ought to be introduced. To our minds, in that way a fresh start would be appropriately accentuated and it would enable full compliance with our common beliefs and would leave no room for misconception. On the other hand, we wanted to ensure that the notable U-history will be not lost and many of its great traditions will be preserved. Finally, our aim was to let our members indicate the name as their opinions are always crucial for us and they represent the real state of our association.

Taking all those, partially contradicting, perspectives into account eventually we came up with the name that satisfied our criteria and the name that we instantly all liked. The new name of Stichting Utiliteitsbouw Dispuut is:

We believe, that thanks to the introduction of this name and other changes that will be implemented in the coming months, we will create a “United” community in which the needs of every individual will be properly represented and any imposed divisions will not restrain them. In the end, we are all engineers having a common goal, which is designing and constructing sustainable and highly efficient structures that will serve humanity well."

Many U-BASE activities and traditions originate from U-dispuut such as the UTT, the Study Tour, Value of Design, U-Profiel, ChristmUs Dinner, SUT (formerly called Short Utility Trip) and also the color, the letter U and the office originate from U-dispuut. The reason that U-dispuut is so heavily represented is that it was doing really well during the merger in 2015. It attracted students from the other two disputes. Prof. Rob Nijsse already went on Study Tour with U-Dispuut and old members of U-dispuut still see each other at reunions.

From the December 2018 edition of U-Profiel:

"Flevoland became the 12th province of the Netherlands, the Oosterscheldekering was constructed, the railroad Amsterdam Central Station to Schiphol opened its tracks for the first time and most important: U-dispuut was founded in the year of 1986! Some graduated students initiated a study trip that year and signed it: “organised by Utiliteitsbouw dispuut”. Although some considered this a funny notion, the department noticed it and started thinking of it as a serious proposal. Since other engineering tracks already had an association for students (Staaldispuut and Betondispuut) the idea for a new ‘dispuut’ was born. To inquire if the need for this association was real, a survey among the students was held and they all decided it was an inevitable next step. The founding fathers for this were Paul van Deelen and Argo Oskam, while later the official certificate was signed by some of the first board members: Ronald Roos, Gerard den Boer and Theo van Wageningen.

The certificate states the goal of the association which are all still applicable as of this present day:

The means to achieve this goal are:

U-dispuut started with about 30 members and with its merge in 2015, it was also the largest association at the time. Already during their first year, they started a small publication called U-Profiel. It was a small red booklet in which pictures were hardly visible. Over the years, a committee was started to create a more high-quality magazine. In 1997, prof. Vambersky, honorary member for U-dispuut, and now U-BASE, initiated the predecessor of the symposium we now know as Value of Design. The official first Value of Design symposium was held in 2003, but on June 10th of 1997, prof. Vambersky was responsible for arranging speakers to a symposium called “Synergy of Form and Structure”. This also marked the first collaboration between the architecture bachelor association Stylos and U-dispuut. The aim of the symposium is still the same today as it was back then: bridging the gap between creative architects and practical engineers. 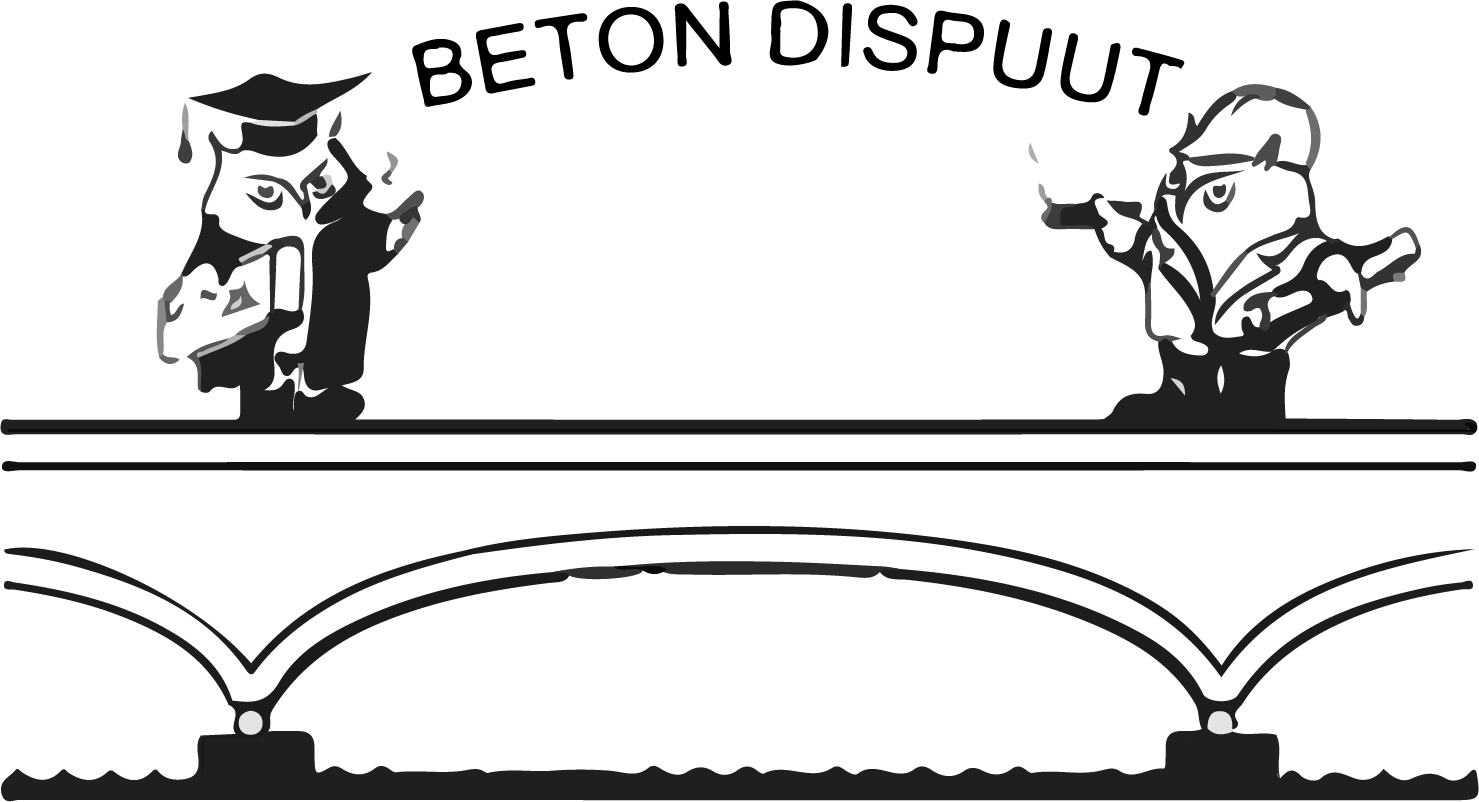 Before the merger in 2015, Betondispuut had almost diminished completely; there was no money anymore to fund the magazine or activities and the last boards were not capable of finding successors. This is the reason that the merger was proposed. Apart from the fact that the association had to be saved in the end, it was really powerful in earlier times. They were heavily sponsored by the cement industry and previous staff members can still tell good stories about those times. The Concrete Canoe is an important inheritance from the Betondispuut; it is clear that people really value this tradition. As recounted by Prof. dr. ir. A.S.G. Bruggeling in the December 2018 edition of U-Profiel:

“In the middle of the hectic developments with the ‘democratisation’ of the University Education, prof.ir. A.S.G. Bruggeling became on September 1969 the successor of prof. dr.ir. A.M. Haas for the chair Betonconstructies at the Technical School Delft, department of Weg and Waterbouwkunde. This department was at the time still situated in the building at the Oostplantsoen. The ‘changing of the guard’ for said chair, the only one in the Netherlands, and the earlier said wave of democratisation (students getting more say in the study program) can be seen as the foundation for the initiative of students, whom have specialised in Concrete Structures for their graduation, to get to the creation of the association, that especially focuses on the discipline of the “Betonbouw.” “

And then one morning when the time was right
we set out to build our first
the work was hard but afterwards there was booze to kill our thirst
we forgot all about our aching hands
and we knew now that we had a chance
of rowing down the river in our own concrete canoe.

The second one was no success, it broke in two
we tried hard to save it
but there wasn’t a thing we could do
and now we’re feeling blue
but we know what we’ve got to do
yes, we’ve got to build our next concrete canoe.

From the December 2018 edition of U-Profiel:

The Composite, Steel and Timber dispuut (CST-dispuut) was founded in 2012, a few years after cancellation of Staaldispuut, one of the eldest master associations. Both U-dispuut and Betondispuut were large associations, having no attention for steel, timber or composite. The department for steel and timber, the ‘industry’ (by “Bouwen met Staal”) and students of these tracks, had a great need to fill the gap and start a new association. During the first year, 71 students became a member and an excursion to Tata Steel was organized. This excursion was an annual tradition for members of the old Staal dispuut.

A short studytrip to the German “Ruhrgebiet” was made as well. A further increase to 138 members followed in the year 2013-2014 and more lunch lectures, excursions and eventually a trip to London were organised. Despite all efforts to have a successful third association, all associations noticed the difficulties in attracting new members and sponsors. During the year of 2014-2015, it became very clear that the best solution would be a new association “to rule them all”. The initial separation by material in the associations was not nearly as successful as in the industry between “Bouwen met Staal” and the “Betonvereniging”. When the idea of a merged association was supported by the three previous ones, they decided upon the name U-BASE, which stands for United Building And Structural Engineering Association. The association would continue on the basis of U-dispuut.

Hereafter, a lot of work has been done on promoting, creating templates, a website, a logo and involving companies for future cooperation. Since then, many more companies decided to join a cooperation with U-BASE and students are well involved in our committees each year. By merging all associations, some tradition may unfortunately be lost, but having this strong foundation of three wonderful associations and lots of amazing people who built it over the years; we will do our best to respect and keep the memorable traditions alive and in the progress. But most of all, also create some new history together!