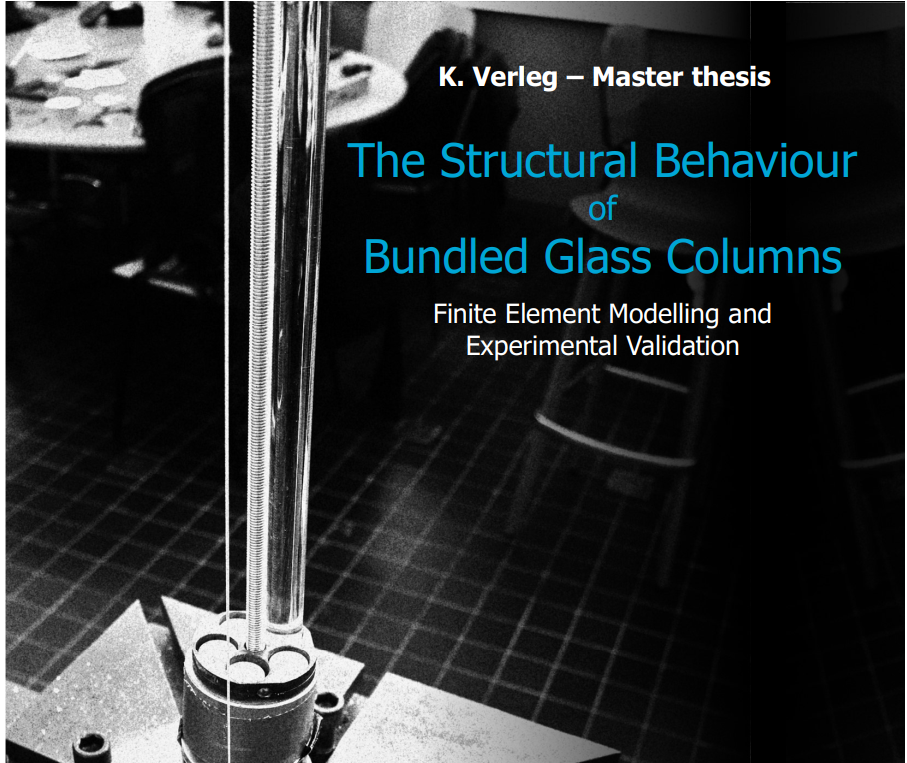 Researchers of TU Delft have been designing and engineering with columns created out of multiple glass rods that are bundled together to form a single column. These aesthetically attractive and slender columns were tested to ensure safety before implementation in the real structure: the Glass Truss Bridge located at the campus of the university. However, the ultimate capacity and structural behaviour of such columns remained unknown. In this studies the structural behaviour of two designs of such columns is researched. It appeared that, among others, the differences in length between the rods within the columns caused an unequal distribution of stresses. This resulted in a large range of ultimate capacities of bundled glass columns that were designed according to the same design principles. Using a special approach in finite element modelling of the glass until failure, furthermore, resulted in more thorough knowledge regarding the failure behaviour of glass and the best way to model this behaviour.